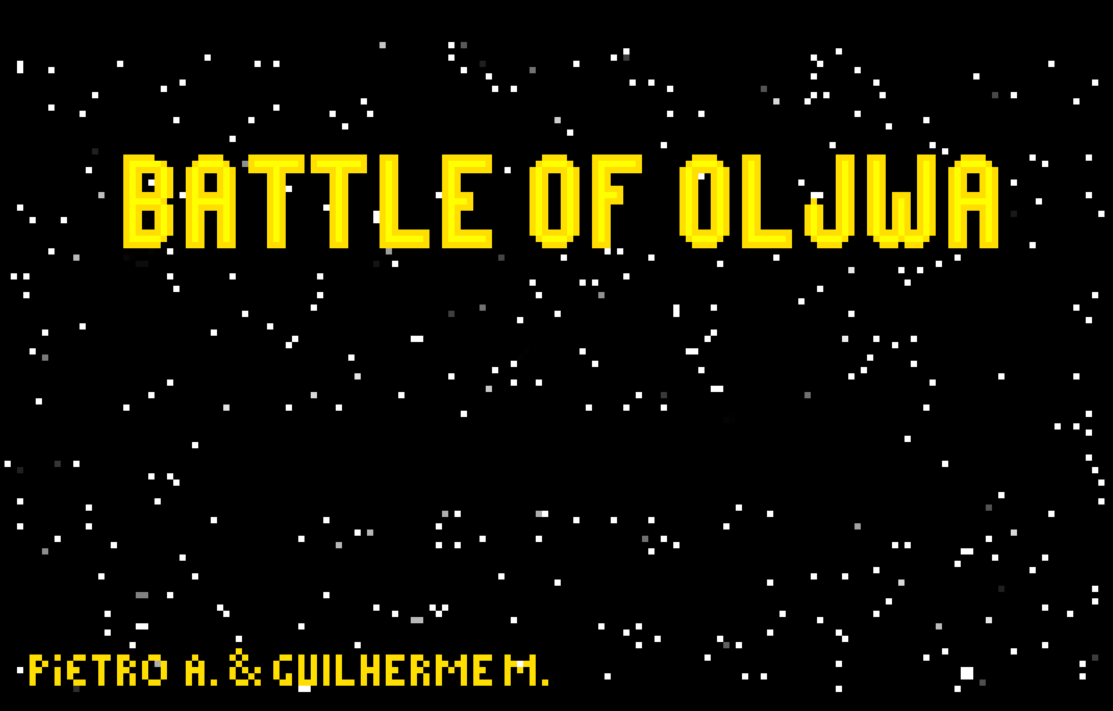 Battle of Oljwa is a symmetric, simultaneous, turn-based, PVP game about seagulls and snails!

It takes place on the Mustroūyoljwa, the biggest battle of the Agenflewi Mythology, were the sons of the snail-creator Jejuiwi, the Afewiwi snails, fight against the blaphemic seagulls, called Wrěuñway. They throw spells at each other trying to make the oposing faction get demolished by the giant swirl or get blasted off the planet.

Battle of Oljwa is a little project made for the 2019/1 discipline of Game Contents, in the Digital Games class of the Universidade Franciscana, in Santa Maria, Brazil. We were designated to analyze two mythologies (Basque and Inuit), see what is similar between them, then make a third one based on those similarities.

We created the so called Agenflewi mythology, with its own myths, beliefs and language. From that, we needed to make a game that incorporated an important part of our mythology, and that is how Battle of Oljwa was born.

Interested people who want to know more about, send a email to guilhermelrmoreira@gmail.com and I'll be happy to send you a full article about this. 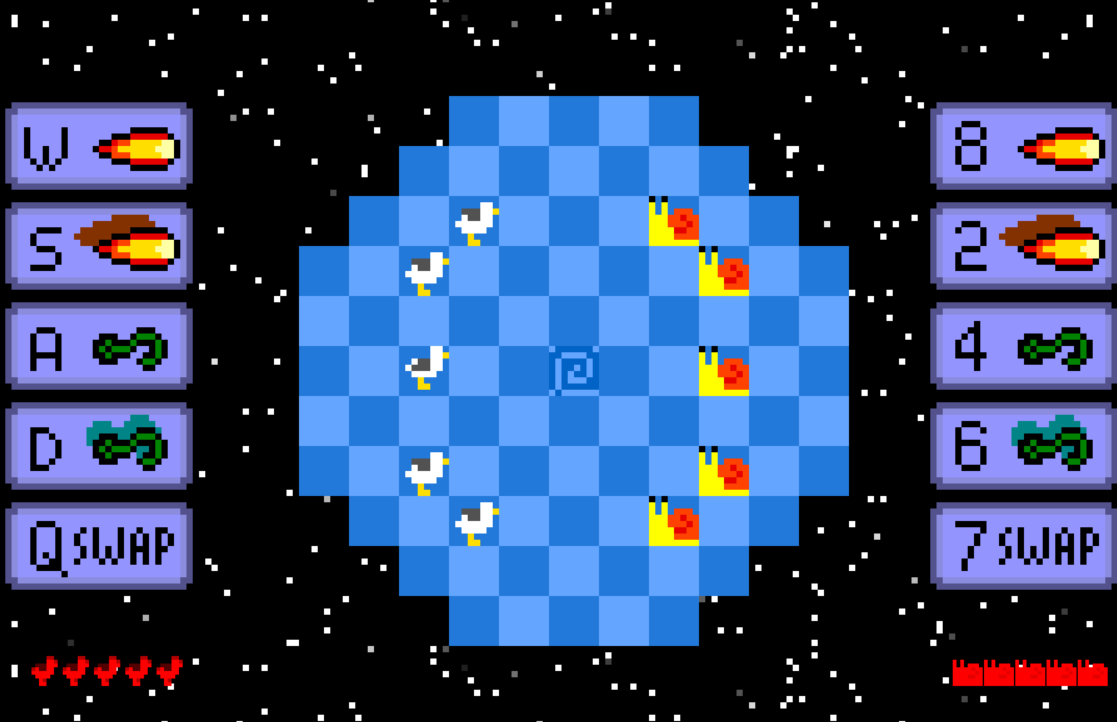 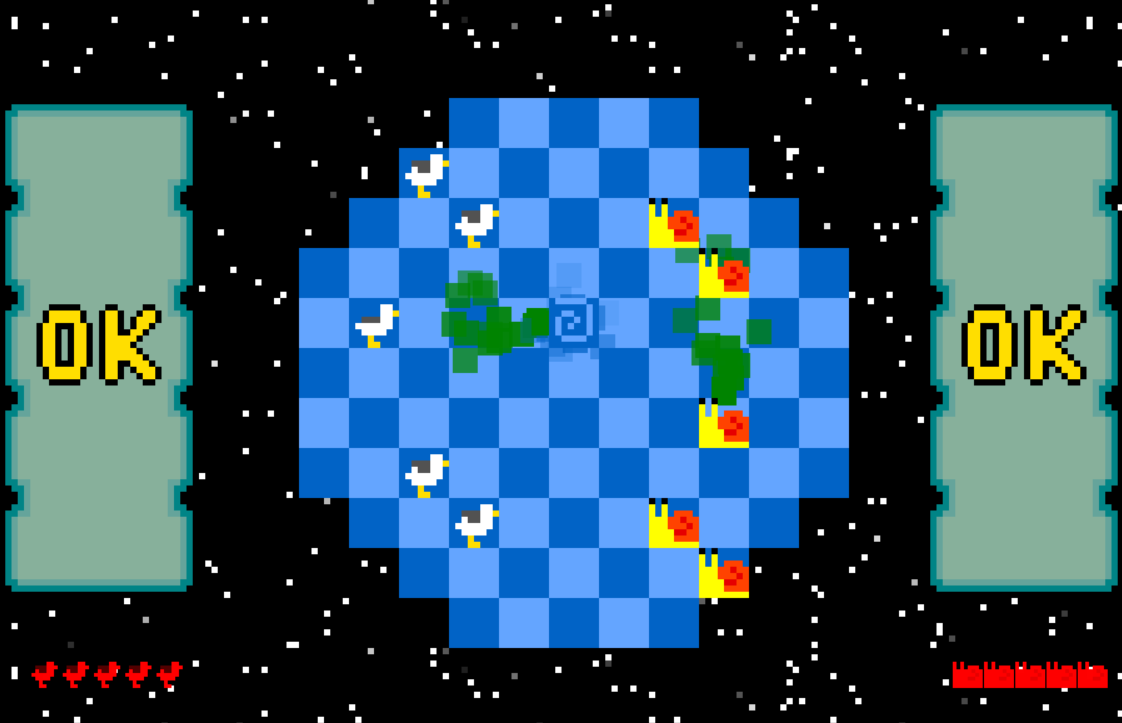 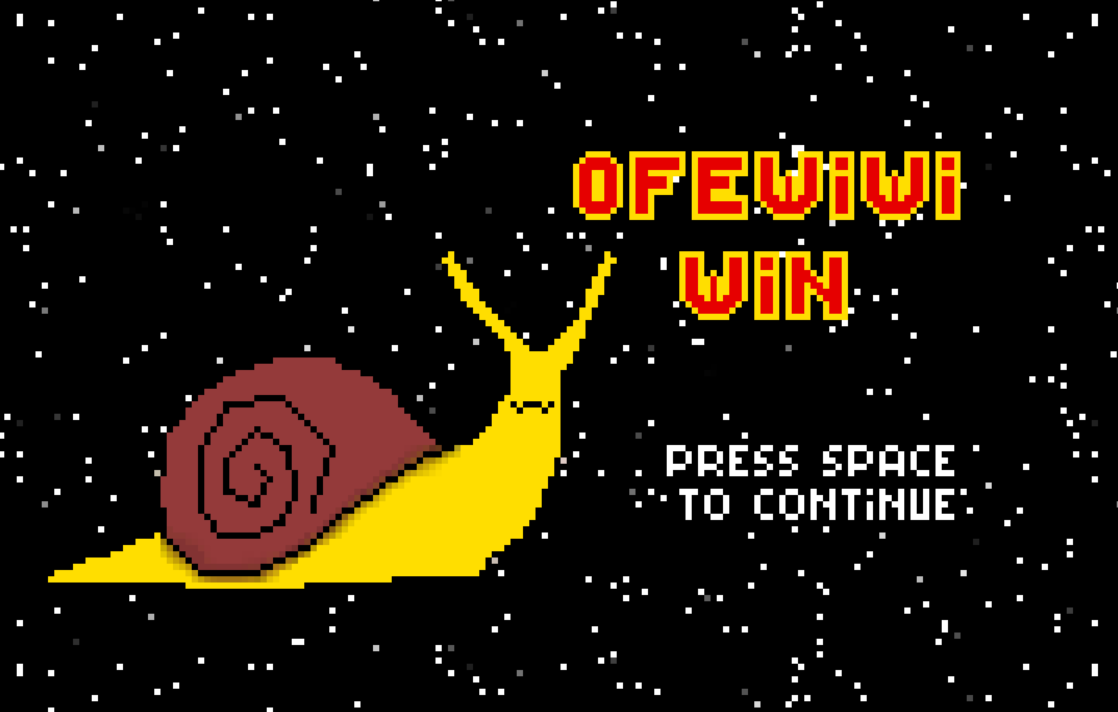 Made with Game Maker Studio 2, Aseprite and BFXR 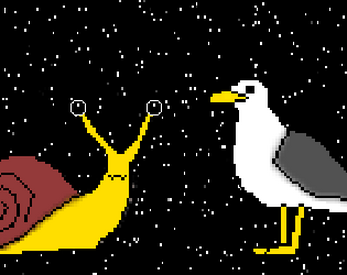